This publication is part of three interconnected works:

The research project is developed through choreographic transmission across disciplines and discourses - searching for a more interdisciplinary vocabulary in dance and choreography. The relation between physical space and image space is approached through blurred categories of documentary and theatrical images to challenge the ontological priority of the live performance. These (image) spaces, objects, actions and events are built upon an ever-evolving series of methodological encounters named Speaking & Building. Through a range of transdiciplinary practices, materials and thought-actions, gestures of work are occuring in various scales, formats and mediums such as film, photography, installations, field-recordings, text, publication. Looking at choreography through the lens of visual art has been a strategy with an aim to propose a different way of approaching — another way of knowing — that is not about the work itself, but about the ramification of things.

The publications are supported by Arts Council Norway

I extend my warm thanx to the contributing artists in the images:

(…) There is a clear cohesion in the connections between the staged event and the book “Speaking and Building” which contains extensive photographic documentation of the processes leading up to the final artistic presentation of the project. It could be said that the book functions also as both a manuscript for and a metareflection upon the space of the final production and the events taking place within it. The photographic images in the book have a consistent aesthetic character as almost all depict situations in darkened / artificially lit performance spaces and workshops. At the same time there is a rhythmic structure in the cuts and jumps between close ups and wide shots, details and overviews, objects and bodies in motion. The book also seems like a thought experiment or a model for what the artist thinks choreography might be or may become, and the actual installation and staged event then became a re-materialization and temporalization of the content of the book."

images from the book 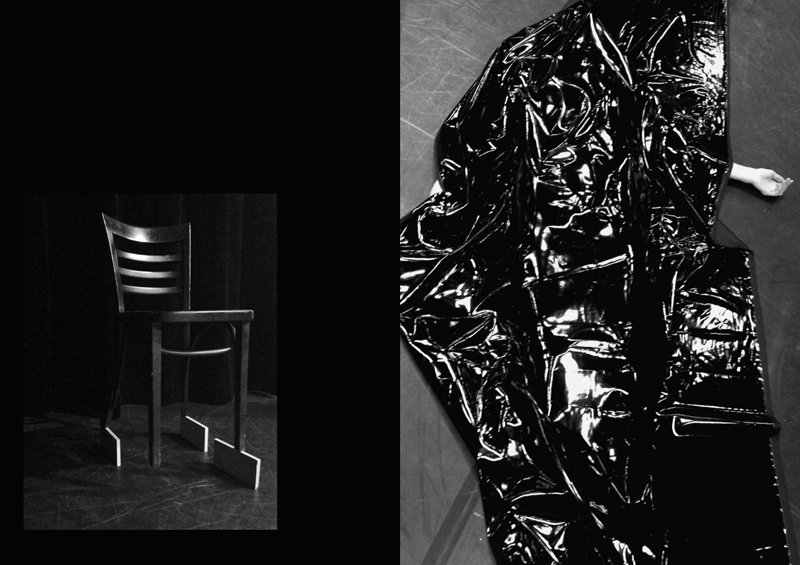 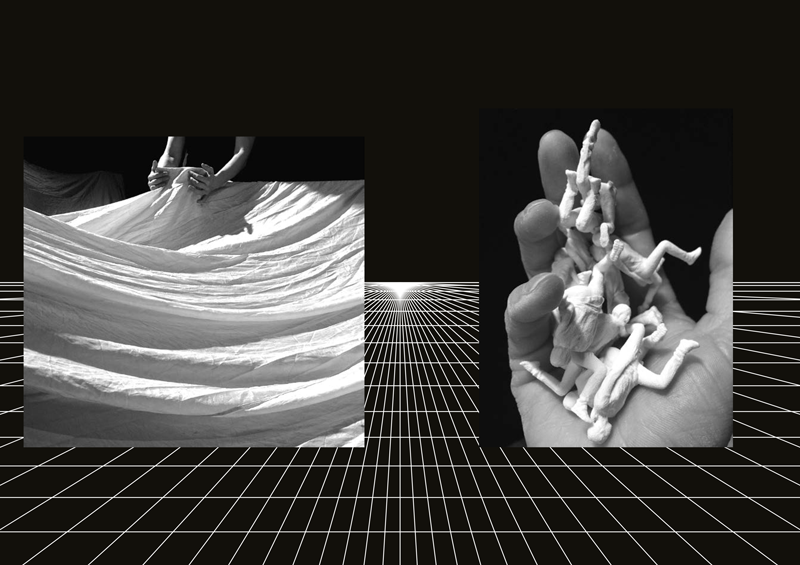 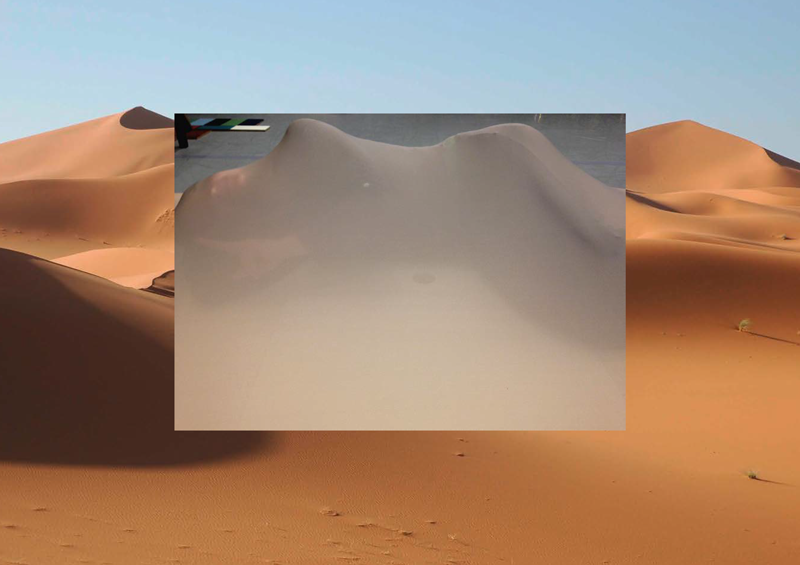 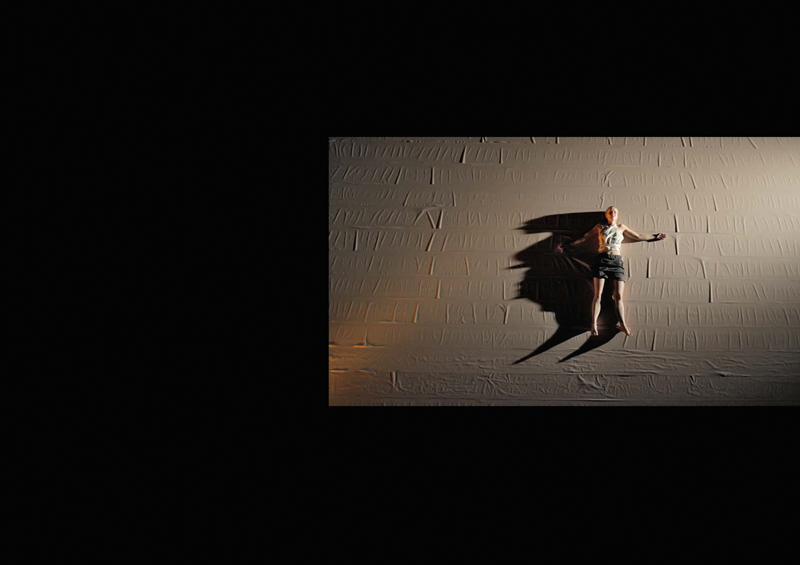 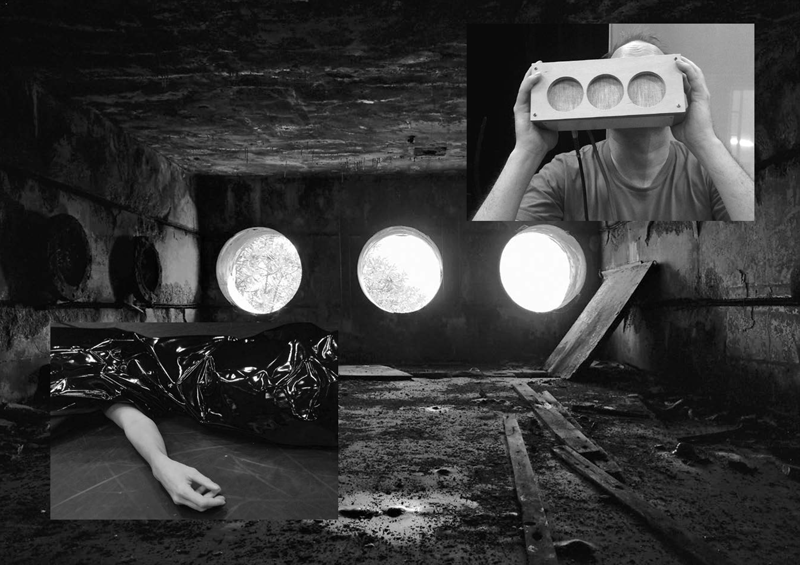 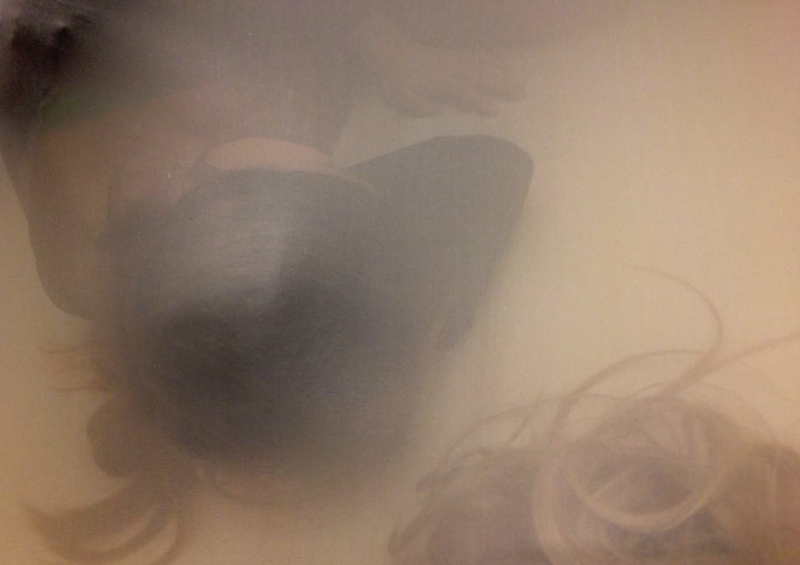